Once again, Colorado is staking out new ground in the battle to save local news, this time with a first-in-the-nation effort to keep newspapers locally owned and thriving.

For about a year now, Jerry and Ann Healey, owners of Colorado Community Media and its chain of two dozen weekly papers in eight Front Range counties, have been looking to retire.

On Monday, a newly-formed group called the Colorado News Conservancy announced it will buy the company in a unique arrangement that involves the National Trust for Local News and the Denver-based Colorado Sun.

The news is a welcome twist on the typical newspaper takeover. Across the country, and here in Colorado, newspaper consolidation has resulted in journalist layoffs and newsrooms suddenly zapped of their institutional memories. Meanwhile, cost-cutting private equity “vultures” circle newspapers in cities around the nation. Typically, when a hedge fund gets its claws in a newspaper, it eviscerates staff (see: Denver Post). Fewer reporters means less local news, which can lead to unchecked accountability on institutions and more.

So the particulars surrounding the sale of this string of family-owned hyperlocal Colorado papers are something to watch. And, I’d say, something to cheer.

The National Trust for Local News is a nonprofit that ensures local news organizations remain in local hands. The Sun is a Denver-based statewide news outlet formed in 2018 by about a dozen journalists who left The Denver Post in protest of their hedge-fund owner.

The money behind the deal comes from a coalition of local and national investors including the Denver-based Gates Family Foundation, The Colorado Trust, and the American Journalism Project. Employees of the newspapers could also become investors, as could other Coloradans.

The Healeys say all of the company’s roughly 40 staffers who work for the papers, including about 20 reporters and editors, will keep their jobs. Reporters will still identify as working for their individual outlets, some of which are more than 100 years old, and the papers will maintain their brands.

The move once again highlights Colorado as a nerve center for local news experimentation and is another example of how innovative efforts to mitigate the challenges facing the local media industry are taking root here. The Colorado Media Project, a nonprofit formed in 2018 to research and help strengthen the local news ecosystem, and the year-old nonprofit Colorado News Collaborative, or COLab, helped facilitate the deal.

This unconventional newspaper transaction in Colorado also marks the first purchase of a newspaper company by the National Trust for Local News, says its CEO Elizabeth Hansen Shapiro. She framed the deal, which has been in the works since around Thanksgiving, as one of a kind.

“This is new because we are a mission-based nonprofit entity that’s stepping in to assemble an entirely new ownership structure,” she said. Doing so fuses a statewide digital-first publisher, The Sun, with a legacy print network serving several local communities.

Larry Ryckman, who helped found The Sun after The Denver Post cut its newsroom by a third, said The Sun will run the newspapers, which include The Canyon Courier in Evergreen, The Castle Rock News-Press, and Elbert County News.

“This is not a broken company that we’re acquiring,” Ryckman said. “CCM is doing good work and it’s a profitable company. We want to go in and do what we can to listen and to help.”

To that end, the new owners will keep printing physical copies as long as doing so makes economic sense, Ryckman said. Readers of the papers can expect an updated digital product and continuity of coverage. “If readers and advertisers continue to want and support print,” he said, “we’re happy to continue producing it.”

The Healeys, who have been involved in community newspapers in some capacity for three decades, said it was important for them to find a way to make sure their current papers would remain viable when they gave them up. “But also to really thrive and grow and innovate so that they can be successful down the road,” Ann Healey said.

To be sure, the new owners will face plenty of challenges.

Since 2004, one quarter of American newspapers have gone out of business; roughly 2,000 of them were weeklies or non-daily papers. And that was before business shutdowns from the coronavirus pandemic left many surviving dead-tree products gushing red ink.

Cracking the code for a sustainable local news business model — whether in print or online — hasn’t been easy as the digital age disrupted traditional advertising and consumer habits shifted online. Here in Colorado, a 2019 Colorado Media Project report estimated at least 44 Colorado newspapers are owned by those nearing retirement age or looking to exit the business.

Approaching three years in, The Sun’s Ryckman is optimistic about the future of his own local news organization — and how this new development fits into it. The Sun launched with seed money from a New York-based blockchain-backed company called Civil that wanted to cultivate a thriving cryptocurrency market to sustain local news startups. While that effort collapsed, The Sun currently relies on reader support from more than 12,000 paying members, underwriting, and grants, Ryckman said. And now it has grown its portfolio to include a network of traditional local print newspapers.

“If we can get this right,” Ryckman said, “and I’m confident we will, maybe this does become a model for us to be able to bring other Colorado newspapers under this banner.”

This column is produced with support from the Colorado Media Project, and is distributed statewide via the Colorado News Collaborative. Interested in an insider’s look at the news behind the news in Colorado? Sign up here for Corey’s weekly email newsletter. 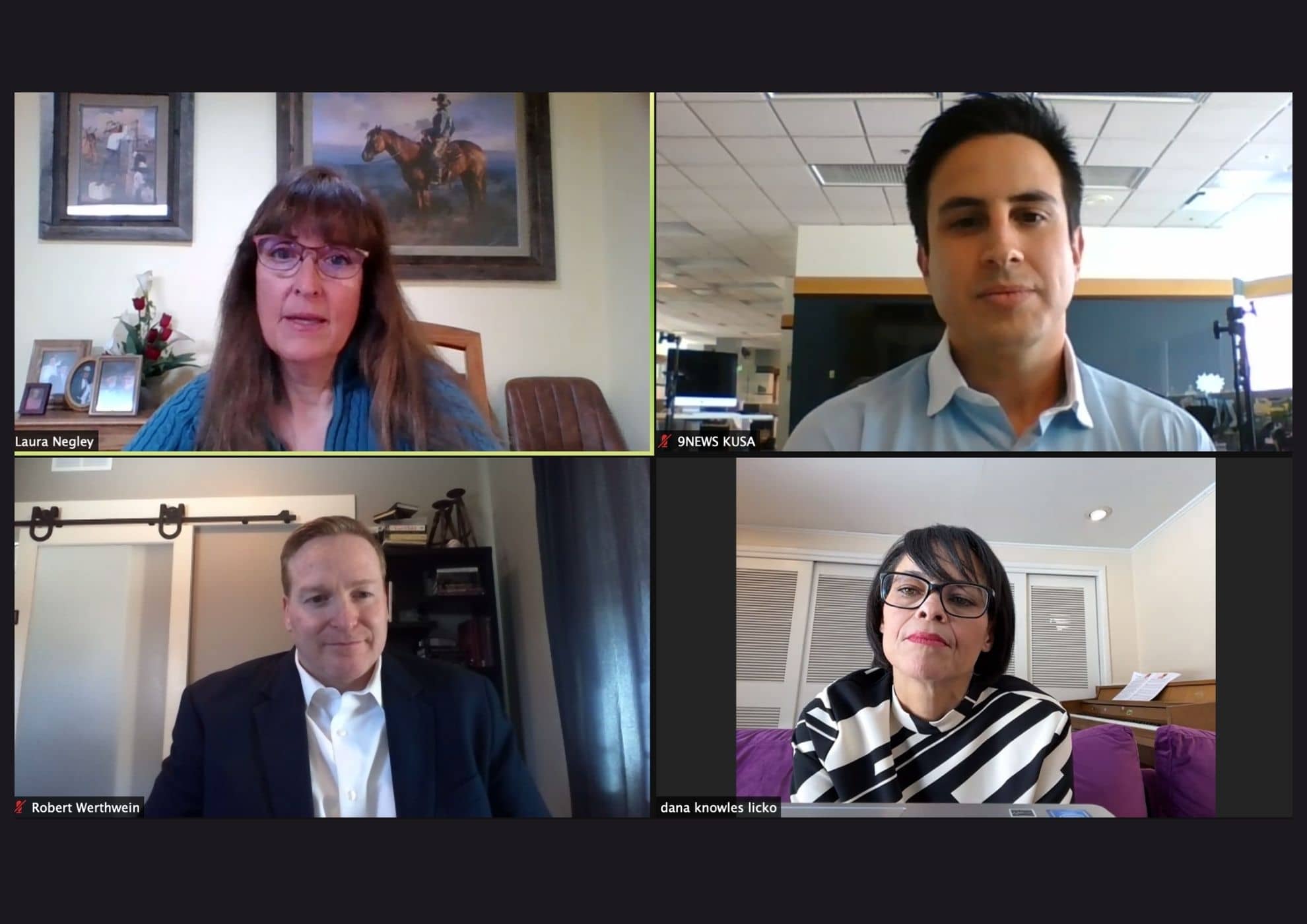 Help and Hope for Mental Health

Coloradans joined in a statewide conversation on mental health during these challenging times. 9News and the rest of the Colorado News Collaborative presented a one-hour statewide